Power a crime drama TV series created in the USA and broadcast by Starz. The creator of the series is Courtney Kemp Agboh. The producer is Curtis Jackson (known as 50 Cent). The premiere episode was released on the 7th of June 2014. There are 3 seasons with 25 episodes in total. Shall we wait for the 4th one?

The protagonist of the series is James St. Patrick. His nickname is "Ghost". He owns a popular nightclub in New York City. James is also the main player in one of the citie’s drug networks. He does his best to balance these two different lives. He longs to finally leave drug affairs and use his powers in his legal business. He must also to keep his marriage going. His wife’s name is Tasha (portrayed by Naturi Naughton). He’s also got a relationship with Angela Valdez (an AUSA agent) (portrayed by Lela Loren). His double life provokes lots of troubles, but his friend named Tommy Egan (played by Joseph Sikora) helps him through. 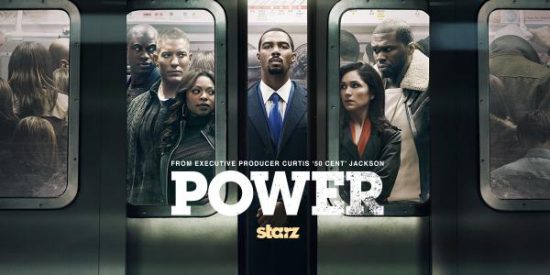 James St. Patrick (“Ghost”). He’s smart and brilliant. His nickname is connected to his criminal past, but now he’s doing his best to get rid about it and forget it. Now he owns one of the best night clubs in New York. His personal life is very complex – while being married to Tasha he continues his love affairs with his first love Angela. Now ghosts of the past haunt James himself.
Angela Valdes. She can focus on problems and she’s intelligent. Her hardest aim in life is to take care of the way her personal and professional lives intercept with each other. She’s a federal prosecutor demonstrating integrity and perfect skills. She’s afraid that her feeling for James will ruin his life.
Tasha St. Patrick. Fierce, cunning, gorgeous. Has been with “Ghost” from the period of his criminal past. She’s fond of her husband but feels frustrated about her family slowly falling apart because of constant misunderstanding, lies and lack of money. 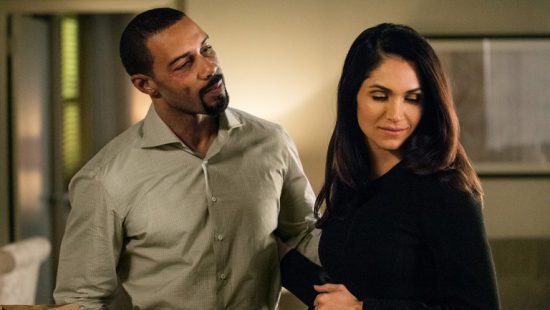 Tommy Egan. He’s wild and loyal. He was the one who started drug business with Ghost. Now he’s working on his own dealing with his new life without Ghost.
Kanan. Ghost’s former mentor. Found himself in prison because of Ghost’s plans effectively carried out. They are in tense confrontation and after one of the arguments Ghosts thinks that Kanan is dead, but some signs say it’s not true…

In July 2016, Starz decided to renew Power for season 4 and season 5. Exact release dates are yet to be scheduled, but the official announcement about the release has already been made by the channel.