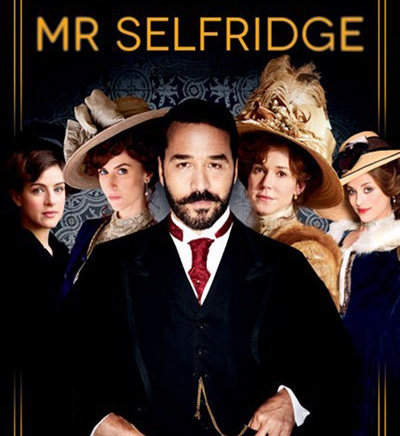 Are we going to see the 4th season of a popular British show Mr. Selfridge? Has the series been cancelled or continued after the 3rd season’s release? Read on to find the information about the series.

A British TV series Mr. Selfridge is broadcast on the ITV British channel and PBS in the US. Its executive producers are well know in the television and film industry. For instance, the show’s creator, Andrew Davies, has also worked on the TV series House of Cards and an iconic film Bridget Jones’ Diary. The other two producers, Kate Lewis and Rebecca Eaton have worked on Harry Potter and the Sorcerer’s Stone and Downton Abbey, respectively. Mr. Selfridge is a screening of  biographic novel Shopping, Seduction & Mr. Selfridge by Lindy Woodhead. The first episode of the history show was out on January 6, 2013, on ITV and on March 30 (the same year) on PBS.

The latest season of the series was broadcast in the UK for 2 months in early 2015, January through March. Right after it was over on ITV, the 3rd season premiered on PBS on the same day. The ITV channel has officially announced in March 2015 the renewal of the show for the 4th season. Ten new episodes will be broadcast on ITV and PBS in 2016. Jeremy Piven will continue to star in Mr. Selfridge as Harry Selfridge, and Katherine Kelly, who is beloved by many, will resume the storyline of the lively Lady Mae Loxley.

Mr. Selfridge: The plot and cast

The plot of the series unfolds in 1908 in London. At that time, liberation of women has started with greater economic and political freedoms. The main characters of the show are Jeremy Piven (Entourage), who plays a famous entrepreneur and founder of a widely known department store Harry Gordon Selfridge, and Frances O’Connor (The Missing), who portrays his wife Rose Selfridge. Other cast of Mr. Selfridge includes: Gregory Fitoussi, Katherine Kelly,  Amanda Abbington, Aisling Loftus, and Trystan Gravelle.

Have you been watching Mr. Selfridge? Will you be waiting for the season 4? If you can’t wait to get the latest news, get notified when we post updates here.