L.A. Hair is a reality TV project created and released in the USA. WE tv carried out the promotion matters. The first season release date is the 31st of May 2012. The title was altered, because the original one sounded like Hair Divas: Hollywood. The action of the show revolves round hair salon owned by Kim Kimble – a celebrity hair stylist. She works there together with her professional staff demonstrating incredible skills and curious everyday situations. The show is quite appealing with stable viewership and growing interest of the public, but L.A. Hair season 5 release date hasn’t been announced yet. Kim has no wish to wrap up the project waiting WE tv channel to order more episodes for 2017. 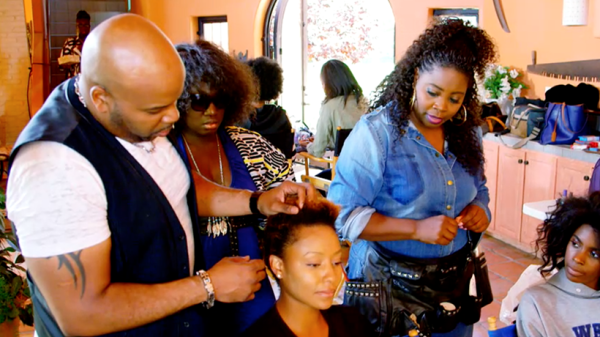 Kim Kimble is a celebrity hairstylist, expert in beauty issues and cosmetology. She’s also an entrepreneur. She worked with a number of cult figures like Beyonce, Shakira, Whitney Houston, Britney Spears, and more. She’s using innovative techniques that are now used by Vanity Fair, Vogue, Elle, Glamour and Allure.

She worked with iconic photographers and participated in numerous fashion shows. She participated in Pepsi, Nike, CoverGirl, McDonald’s and L’Oreal advertisement campaigns. Was an industry expert for multiple TV projects like“Oprah,”, “Tabatha’s Salon Takeover,” and “Shear Genius,” and these are only a few of them. 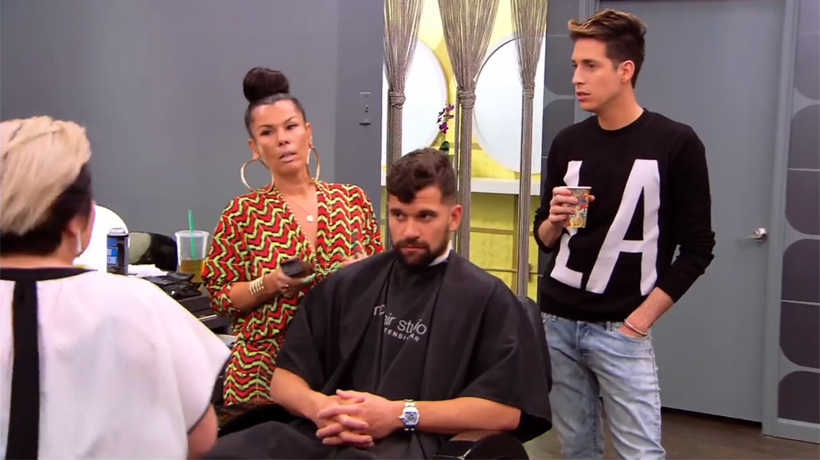 Started washing hair in her mom’s hair salon in LA. Now she’s not only a hair stylist, but a fashion designer. Got education in hair care and passed through a number of professional courses in Vidal Sassoon Academy and Dudley Cosmetology University.

Worked as a key hair stylist on B*A*P*S movie with Halle Berry playing the main character. That was her first step into the world of professional hair styling for celebrities. Her hair designs attracted attention of Hollywood filmmakers. Her talent gave her a chance to participate in Moesha and Cinderella TV movie. Now she serves as one of the main stylists for movies and other TV projects filmed with the participation of superstars.

Kim together with her crew shows the world of high-end hair. She deals with most famous people from movies, music shows and reality projects. The competition in the salon is filled with drama and real emotions. The action of every new episode released partially revolves around Kim’s personal life. Welcome to the pantheon of Hollywood hair! 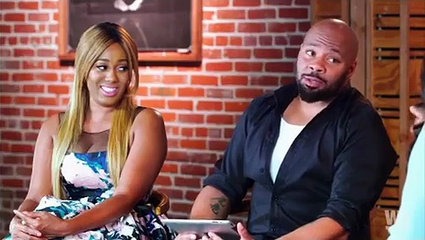 In October of 2012, WE tv made an official announcement about the renewal of the show for season 2 consisting of 10 episodes. Then, in summer of 2013, the project was prolonged for season 3 consisting of 12 episodes in total. It started broadcasting on the 22nd of May 2014. In spring of 2015, WE tv announced another renewal – season 4 started in July of 2015. Kim Kimble is willing to continue filming the project; however, media gives no official news on the revival of the show and its release in 2017. We will let you know more when official info appears.