Fantasy sci-fi drama series with adventure elements created in Canada and released by Space Channel. The creator and the developer of the project is Michelle Lovretta. The series was officially released on the 19th of June 2015 and lasted for 2 seasons with 19 episodes in total. Killjoys was later released for the second season that started in July 2016.

Killjoys is about bounty hunters living their hard lives full of adventures and unpredictable life twists and turns. Their names are Dutch, John, and D’avin. They work for RAC (Reclamation Apprehension Coalition) organization on the fourth planet in space named Quad. The agency provided these bounty hunters with serious authority. Their task is to resolve conflicts staying neutral never influenced by any other authority or organization. Their past is constantly haunting them and they often have to risk their lives in order to protect those who are important for them. 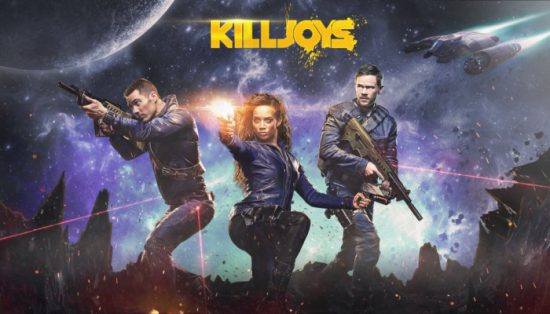 Hannah John-Kamen acts as Yalena Yardeen nicknamed Dutch. A level 5 agent at RAC with a secret past life.
Aaron Ashmore acts as John Jaqobis. He’s a level 3 RAC agent. Worked in collaboration with Dutch for 6 years. Hes responsibility is technical issues and computer science.
Luke Macfarlane acts as D’avin Jaqobis. A soldier in the past. Gets to the RAC in order to assist Johnny and Dutch. 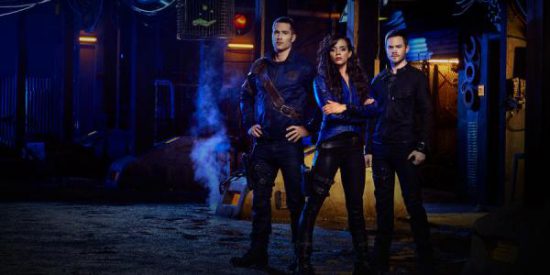 On the 1st of September 2015, Syfy decided to renew Killjoys for season 2 consisting of 10 episodes. The cast and the plot are amazing and the producers say they’re willing to get the series back for season 3. Everything depends on Syfy and their decision. Moreover, their decision depends on the viewership and the feedback – don’t forget to visit the official page of the series and leave positive reviews if you’re willing to watch it further!