Jack Irish, the popular Australian TV series, has been extended for the second season.
Jack Irish: season 2 will be aired on the TV screens very soon. The detective series titled Jack Irish: Bad Debts with Guy Pearce as the leading actor will come out with a bigger number of episodes, compared to the first season. 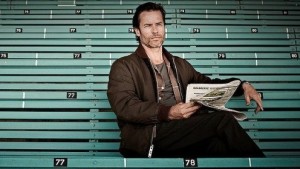 The story is unfolding in Melbourne in winter. The main character named Jack Irish has his life falling apart and tries to make things a bit easier to perceive with the help of sex and alcohol. The environment is full of corruption, murder, and lies. It is easy to forget about friends at such times, which is what happened to Jack. After failing to return a phone call from Danny McKillop, Jack soon learn that the latter has died. Jack starts an investigation.
Jack Irish: season 2 will be out in 2015.
How do you like Guy Pearce as Jack Irish in this show?