Heartland series is based on the series of books with the same title written by Lauren Brooke. However, in the book, the action is set in Virginia, USA. The series pushed the setting to a fictitious town in the Alberta Rockies. Every new episode of Heartland focuses on the fate of two sisters – Amy and Lou Fleming living together with Jack, their grandfather. 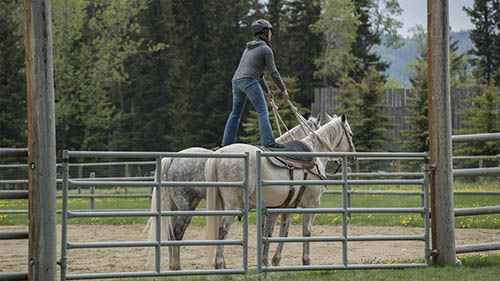 Amber Marshall portrays the character of Amy Fleming. At 15 when she got into a car accident. Her mother died and she was seriously injured. She missed her mom’s funeral while being in a hospital. Her father became an unpredictable surprise to her. Amy continues the work of her mother dealing with horsemanship. Now she heals abused or sick horses. Amy also has to deal with numerous family matters. Her sister Lou comes from New York. Amy falls in love with Ty passing through rocky relationship with him. Several times Ty tries to make a proposal to Amy, but circumstances prevent him from doing it. However, in the end Ty and Amy get married.

Graham Wardle portrays Tyler Borden nicknamed Ty. Abused by stepfather when being a kid. Works as a ranch hand. Amy falls in love with him. They get married and now Amy is going to give birth to their child. 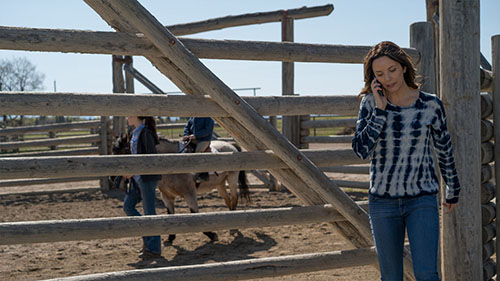 Michelle Morgan portrays the character of Samantha Louise Fleming Morris referred to as Lou. Gets back to Heartland from New York. In Heartland she builds a financial in order to make the ranch successful again. Shee tries to build romantic relationships with a local vet named Scott Cardinal. However, later she meets her fate and her husband named Peter. They get married in the end of the third season and later Lou gives birth to Catherine often referred to as Katie. In the 8th season Lou and Peter experience troubles in relationships. It’s not evident if Lou and Peter will divorce or not.

Shaun Johnston acts as Jackson Bartlett that is mostly called Jack. Amy and Lou’s grandfather. Father of Marion. Jack helps Amy and Ty take care of Heartland and horses. Jack didn’t like Ty in the beginning. However, later he accepted him as a son.  Has romantic interest to Lisa Stillman. 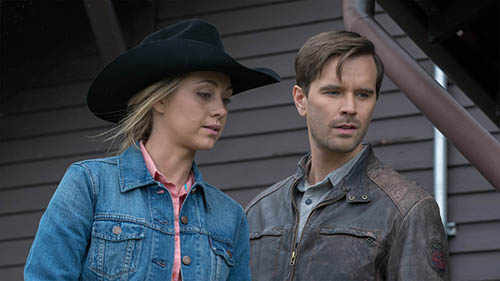 Season 10 started on the 2nd of October 2016 and the fate of the following season is unknown yet. Check this post later for updated info on the 11th season release date.