Angie Tribeca is a comedy TV series created in the USA. The authors of the project are Steve Carell and Nancy Walls Carell. That’s a procedural police series with elements of satire. The main character is portrayed by Rashida Jones. She acts as a well-known police detective many times rewarded for her achievements. Her name matches with the title of the series.  Among other actors are Andr?e Vermeulen, Hayes MacArthur, Deon Cole and Jere Burns.

The main character is Angie Tribeca. She is an experienced police detective with a number of serious achievements. She works in Los Angeles Police Department for 10 years. She’s more than a usual detective –she belongs to RHCU, which is abbreviated from Really Heinous Crimes Unit. She works together with a partner.

Before the release of the first episode, the series was promised to be a hilarious non-typical view on typical police procedural series. The creators of it got their inspiration from Police Squad. The preview showed some of the gags revealing the real atmosphere of the show.
At first the series was planned to be released in the end of 2015, however, in November of 2015, there was an official announcement that season 1 would be released starting from the 17th of January 2016 due to some interruptions. Season 2 was released on the 6th of June 2016.

Angie Tribeca enjoyed numerous positive reviews both from the critics and from the viewers. Metacritic gave it 78 points rating out of 100 possible basing on the opinion of 13 critics. Rotten Tomatoes gave it 92% rating basing on 24 opinions. The general rating is 7.3 out of 10 possible. The most part of the respondents agree that Angie Tribeca is a hilarious mix of witty humor and nice sarcastic and satirical jokes. It’s obviously funny and the cast is enjoyable and charming. A perfect blend of spoof and absurd in one police procedural TV show. 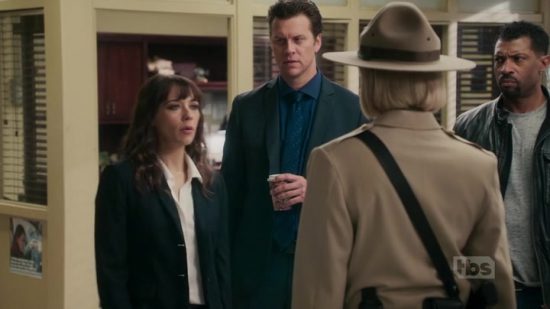