The flick we are going to discuss now is a fantastical blockbuster produced by four companies titled EuropaCorp, Fundamental Films, Grive Productions, and Gulf Films. Valerian and the City of a Thousand Planets release date is a confirmed matter, as of today.
The developer of The Fifth Element and Lucy performs the directorial part. Yes, you are right; it is the one and the only Luc Besson. Meanwhile, the developers of the story itself are Pierre Christin and Jean-Claude Mézières. Taking all this into consideration, the story promises to show marvelous adventures of the pivotal characters. Who are the performers of the main roles? Here the following list of some of them:

The budget of the movie constitutes $170 million. An average figure in the history of cinematography yet more than sufficient to create a high-quality motion picture.

The basis taken is the set of classic graphic novels under the same title. The main characters are Valerian and Laureline, working as special operative being on the guard of order in the whole universe. But not only professional duties can unite them. The thing is that Valerian is chasing after Laureline with propositions of romance. She keeps rebuffing him, due to him being a heartthrob and her adhering to traditional values. 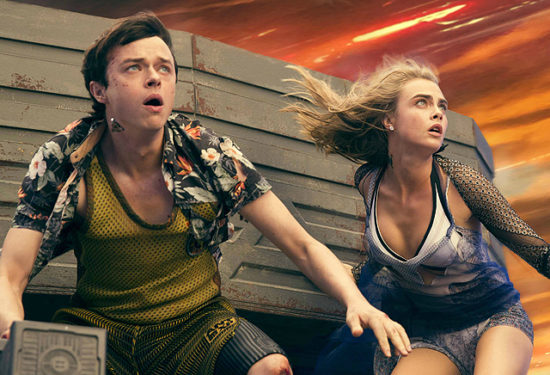 Tasked to set off on a mission to the intergalactic city of Alpha, they come there to be involved in a strange deal. What is it? An intergalactic plot or just shady businesses of the diverse inhabitants of this metropolis? We will get to know this when the debut is arranged next summer.

The premiere of the flick is not so near, yet is it is closer than for example in the case of The Flash that is going to come out only in 2018. As for now, the premiere date of the movie under discussion is July 1, 2017. A little bit more than half a year is left – not so much long period for waiting, in fact, is not it?
Are you waiting for the debut? What your expectations now after learning specifics of the plot? Is it going to be great? Will it be enough entertaining for you? How do you think? Share your thoughts and follow us to be in the swim!