The Jungle Book – never old and always bright and touching story about life in jungles coming back. This time director of Iron Man, (Jon Favreau) created in the studio of Pirates of Caribbean timeless Rudyard Kipling’s story in new style.
This spring we will see something really special, cause from 1967 year this story is remade the first time. Expected and refreshed movie for children and adults. The Jungle Book release date – April 15, 2016.
Upcoming “Jungle book” contains interesting facts: 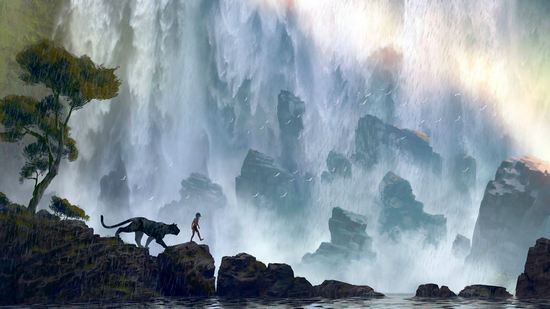 • It will be 3D live animation film
• Voice of Python Kaa belongs to Scarlett Johansson, but in original story, it was male character
• Bear Baloo will have voice of Bill Murray
• A lot of live-action adventure in the same scenario – new life for old story
• Richard M. Sherman, wrote again songs for the new film, as he did in the original cartoon in 1967.

A little bit about all known scenario 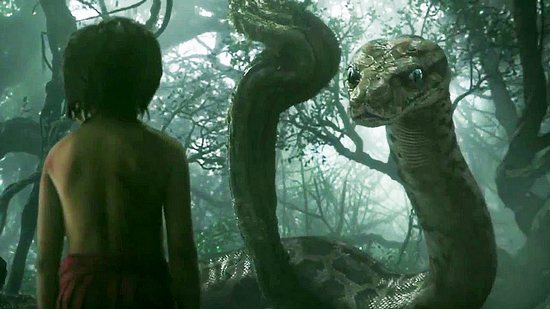 If the story redesigned at the expiration of so many years, so it really is worth something. The human baby was found in the jungle and grown up in a pack of wolves, who took the child into their family. Jungles were good and safety place for the child until tiger Shere Khan came back. Сruel tiger is going to vent anger at the entire people to a little boy. Shere Khan sees a threat in Mowgli because a human has a secret of red flower – fire.
Mowgli has true friends who are ready to protect him – panther Bagheera and bear Baloo. They were teaching and protecting him all these years and now especially child need them.
This story is a mix of live-action and photorealistic CGI objects like animals, environments. Films immerse everyone to lush world of jungles.
The idea of story – can the human live among the animals? Sooner or later residents of the jungle and man himself see the difference between himself and others, and this difference brings a lot of dangers to life. While Mowgli grows, his jungle family understood, that man-cub must leave jungle – place that was his home. Not all creatures can accept this difference – some creatures see a danger in man. This is the main idea of movie – we all must belong to our own pack. The boy doesn’t want to understand this difference, but whatever he does, he cannot hide the truth. He is human – and his place to be next to people. 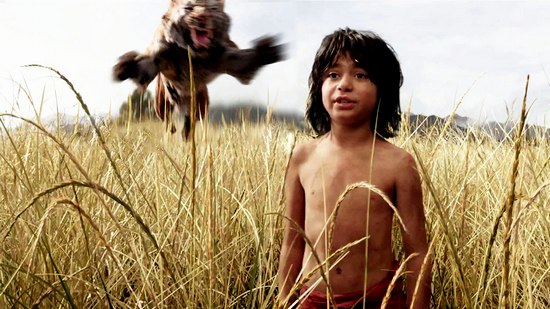 Redesign and remade The Jungle Book bring a new audience to the old story that can be boring in old interpretation. We all get used for graphics and effects in cinema. But old cartoons don’t contain any special things. Children now are not interested in old cartoons. But some old ideas and scripts are really worth to be watched even now. So, the new film brought a new breath to a good story. This proves that some ideas are timeless. For adults, this will be interesting like remind of their childhood, old friends and old characters. And for young audience this is cautionary and exciting movie.