Autumn of every year is usually the beginning of a new wave of highly anticipated big screen projects. This project created by Kelly Fremon Craig, James L. Brooks and Richard Sakai is called a John Hughes-style comedy. The Edge of Seventeen will be the first project released by Kelly Fremon Craig. He’s the newcomer in directing, however, he’s actively supported by a well-known producer James L. Brooks (participated in producing of The Simpsons, Terms of Endearment, Broadcast News and many other popular TV projects). The production is carried by Gracie Films and Huayi Brothers Pictures. The distribution will be done by STX Entertainment. 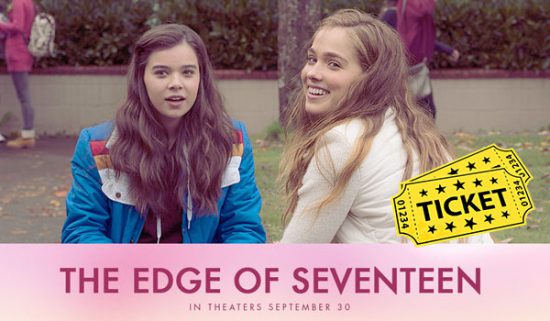 The Edge of Seventeen had a different title when the project started developing. The first idea was to call it Besties – that was the name of the script bought by Gracie Films. This comedy drama movie written and directed by Kelly Fremon Craig (for the full list of people from the cast and team get to IMDb). The photography and filming started on the 21st of October 2015. Located mostly in Vancouver. The film has already been show on the 18th of September this year. It wasn’t a big screen premiere, it happened on the International Film Festival held in Toronto. Scroll down for the official cinema release date.

The plot concentrates on life of Nadine (portrayed by Hailee Steinfeld) – a high school student. He gets into a disturbing situation when her brother Darian (portrayed by Blake Jenner) begins a romantic relationship with Krista (portrayed by Haley Lu Richardson) – Nadine’s best friend. Now Nadine starts feeling extremely lonely, lonelier than ever. However, her life gets an unpredictable turn with an unexpected friendship. Her new friend (portrayed by Hayden Szeto) is thoughtful, awkward and enigmatic. He gives her a new hope and it makes her feel that her loneliness is not the end of her life – there’s always someone who can help you get through her life’s complications. There are other people in the cast. They are Kyra Sedgwick (acts as Nadine’s mother) and Woody Harrelson (Nadine’s history teacher).

On the 30th of March 2011 Gracie Films bought a script for a comedy titled Besties. The author of the script was Kelly Fremon Craig. He’s also the one who worked on the direction of the film. That’s his debut project. James L. Brooks, the winner of multiple awards and nominations will produce the film together with Gracie Films. His daughter is a co-producer. 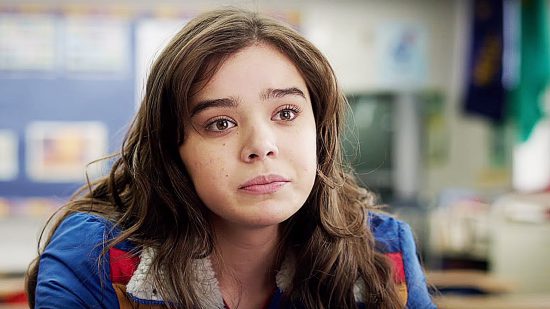 On the 4th of August 2015, Hailee Steinfeld was chosen to play the role of the main character and Richard Sakai was added to the production team. On the 24th of September 2015, Woody Harrelson, and Kyra Sedgwick were invited to join the team to play the roles of a history teacher and Nadine’s mom. On the 6th of October 2015, Blake Jenner was chosen as Nadine’s brother – the most popular guy at school and a talented soccer player. Hayden Szeto was invited to portray Erwin Kim – Nadine’s faithful classmate trying to get her affection. Haley Lu Richardson was the last one to join the crew for the role of Krista – Nadine’s best friend that secretly starts dating with her brother.

Release Date Info for The Edge of Seventeen

The Edge of Seventeen was initially planned to be released on the 30th of September this year. However, the release date was later pushed to the 18th of November 2016.