Stronger is a highly expected drama being made by David Gordon Green and penned by John Pollono. The basis of the story is the eponymous memoir written by Jeff Bauman and Bret Witter. With shooting started in April 2016 and already finished, we are waiting for the confirmation of Stronger release date for theaters worldwide.
The cast members are the following: 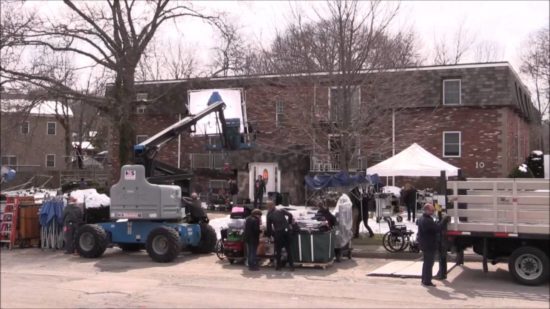 Defining the team of production companies, we should mention Bold Films, Mandeville Films, Lionsgate, and Nine Stories Productions. The distribution part is performed by as well Lionsgate, and Eagle Films together with GEM Entertainment.

The first thing for mentioning is that the narrative is firmly grounded on the tragic event happened to people during Boston Marathon in 2013. Yes, you are in the right direction, as this was bombing during which three people died and more than two hundred were injured.
The story concentrates mainly on one person named Jeff Bauman. He lost his legs at that act of violence. The narrative touches his following attempts to get used to his new circumstances in life. We can’t even imagine how hard it is to find the inner courage within yourself to live further. He has become a community’s pride, a family’s bond and got to know unexpectedly that tenacious love exists.
As Jeff Bauman wrote in his book, that bomber had deprived him of his legs but he had not broke him, having made him just stronger. The story should be perceived as an inspiration for those who think that their problems are the most difficult troubles in their lives. They should understand that there will be always people around the globe who suffer from much greater troubles.

So far, nothing concrete is revealed regarding the launch timeframe. We should just wait for announcements, and, in fact, they are much closer than we can hope for. Stay tuned for updates and news together with us!