Surfing the net for some nice films to watch this year? Striving to know more about the upcoming premieres of movies and animations? We constantly surf the net for up-to-date news on the upcoming projects. Check this out if you’re desperately searching for something really enjoyable. This time we’ll have a look at Monster Trucks 3d movie and its official or possible release date. If you’ve got something to share with us on new releases, leave it in the comments below.

Monster Trucks is an American 3d action movie created with computer animation. The premiere is planned for 2017. The director of the film is Chris Wedge. The producers are Mary Parent and Denis L. Stewart. The film is also produced by Disruption Entertainment and Paramount Pictures. 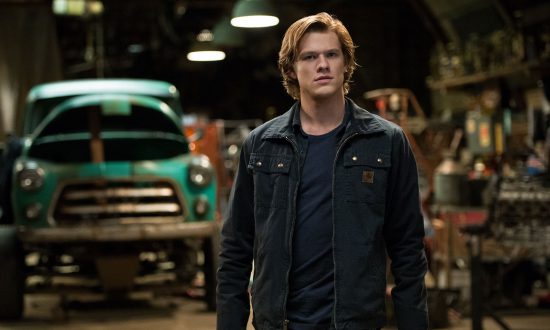 The creators promise fantastic visual effects and realistic animation combined with a light shade of Spielberg’s good old family movies. It’s gonna be a great old-fashioned family movie with heart touching moments and loads of fun, so you shouldn’t take it seriously!

The protagonist of Monster Trucks is named Tripp (played by Lucas Till). He’s a student in high school and he’s sick and tired of the town he lives in. His dream is to get away from there and make his desires come true. One day he manages to create a Monster Truck. The materials he uses are pieces of old broken cars. After getting into an accident at the oil-drilling station, he somehow wakes up a strange, but cute and adorable creature living under the ground. The creature turns out to have a fantastic talent and love for speed. Finally, Tripp finds a way out of town to a new reality with a new strange friend.
The cast: Jane Levy, Amy Ryan, Lucas Till, Rob Lowe, Danny Glover, Chelah Horsdal, Barry Pepper, Thomas Lennon, Frank Whaley, Holt McCallany, Aliyah O’Brien, Christian Sloan, Samara Weaving, Jedidiah Goodacre and Chad Willett.
For more info watch the official trailer that is already available. 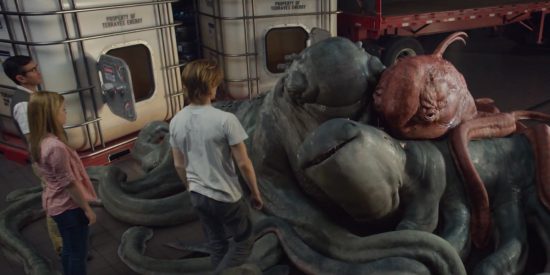 The premiere of Monster Trucks was first planned for 2015. Now we’re waiting for it in January 2017. Scroll down for the exact release date.
That’s the first action movie filmed by Chris Wedge.

The release date of Monster Trucks had been constantly pushed from one date to another. At first, it was planned for the 29th of May, 2015. Then the release was moved back to the 25th of December, 2015. After that, the date was moved to the 18th of March, 2016. The official release date now is the 13th of January, 2017.