Many biographical films about the great and significant for the history of personalities have been filmed over the past years. Such movie is also a new project by co-production of Germany, France and Belgium called Le jeune Karl Marx, and it tells about one of the most famous politicians and writers – of Karl Marx, the man of whom the majority of ordinary people do not know much. The new film is sure to be released in 2017, and the creators have already announced the official release date: in Germany it will premiere on 2nd March. The upcoming movie is likely to be of interest not only to fans of historical films, but also the viewers who love exciting and biographical pictures.

The Crew of Authors

The person who developed the story is its director is Raoul Peck, a Haitian director and writer. His main colleagues are scriptwriters who together with Peck were working over the plot – Pierre Hodgson and Pascal Bonitzer.
Any film is impossible without the work of professional producers responsible for the release of the movie and its developing in mass media. In Le jeune Karl Marx these people are:

There are a few companies producing an upcoming cinema, and the most remarkable of them are Agat Films & Cie, Rohfilm and Velvet Film. The min distributor of the movie is Diaphana Films. 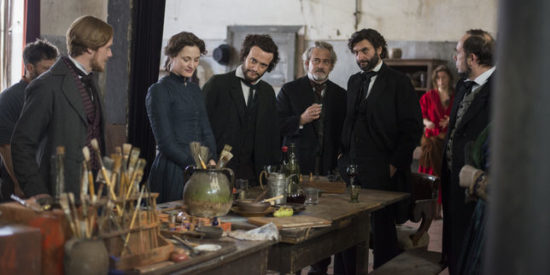 A new movie will focus on one of the most famous politicians and consultants, about Karl Marx, when he goes into exile, accompanied by his wife. In 1844, when young Marx is only 26 years old, he meets with not less famous person – Friedrich Engels, more secure and wealthy man at the time. Together they develop the labor movement, resisting pressure from the government, law enforcement and other authorities. Despite all the difficulties that they face, they are able to earn the recognition of the people and become one of the most iconic figures.
The actors taking part in the film and performing its cast are such as:

The premiere date has officially been announced by the authors: the movie will debut on March 2, 2017. There is little time to wait, and very soon it will be known if the creators’ ideas are worth appreciating. Stay tuned not to forget about the release and be aware of any possible changes that may occur before the cinema starts its broadcasting around the world.