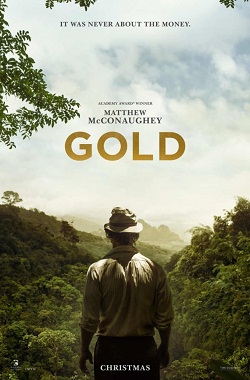 The main character in this story is Kenny Wells (portrayed by Matthew McConaughey). He’s got a troublesome life and generally, he’s an unlucky man. Together with Michael Acosta, the geologist (portrayed by ?dgar Ram?rez) they’re looking for gold in deep mines somewhere in wild Indonesian jungles.

Deadline made an announcement about Gold on the 12th of April 12 2011. It was characterized as a film about treasure hunt. Was titled Gold from the very beginning of the production. Script by Patrick Massett and John Zinman; development by Paul Haggis. Michael Mann joined to the cast as the director and producer. In August of 2011, Variety made a report about Christian Bale invited for the main role. At that period of time Bale was extremely busy with a number of projects and no one knew whether he would join the crew or not.
In March of 2012, Mann had to leave the project being completely occupied with Big Tuna film. On the 17th of October 2012 Black Bear Pictures agreed to produce the film and to fully finance it. It was going to be a story based on true life event. It’s about a 1993 scandal in Indonesia, where a great amount of gold was discovered. 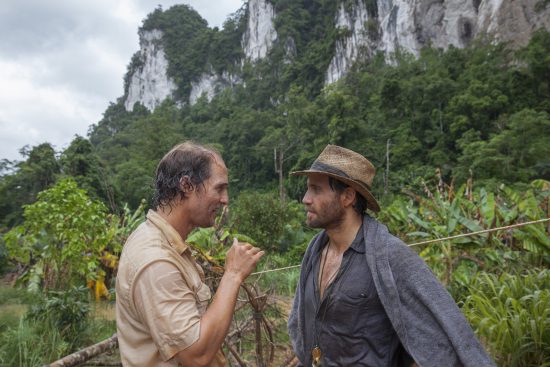 On the 16th of May 2013, TheWrap made an official report about Spike Lee replacing Mann to be the director of Gold. Mann decided to devote himself to the production of his personal project titled Blackhat.
On the 22nd of August 2014, Deadline made an official announcement about Matthew McConaughey participating in the cast of Gold.
On the 28th of January 2015, Stephen Gaghan was announce as the official director of the project. The filming was planned to get started in June of 2015 in New York, New Mexico and Thailand.
On the 12th of February 2015, European Film Market in Berlin got the official rights for Gold and its production. ?dgar Ram?rez became a member of the cast in March of 2015 – he will act as the geologist named Michael Acosta.
On the 15th of May 2015, Michelle Williams joined the cast to play the wife of McConaughey’s character. Joshua Harto joined the cast in June to act as Lloyd Stanton – a bank account manager. Timothy Simons was chosen to act as a banker from Wall Street, the one who’s going to evaluate the way the company works in deep Borneo jungle. Michael Landes joined the cast in the end of June. In August, Bryce Dallas Howard was invited to portray the lead female role of Kay – she’s going to portray a faithful friend of Wells. 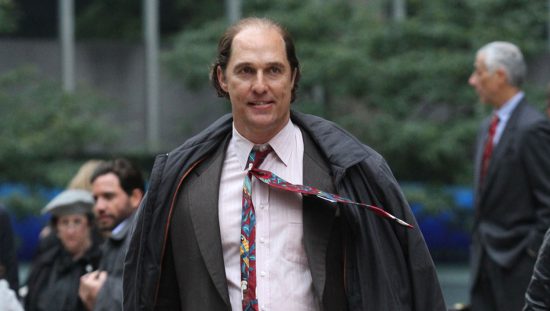 Principal photography and the filming started on the 29th of June 2015. The filming began in Thailand. In August of the same year, the crew moved to New Mexico. In the beginning of October, filming was pushed to New York City.

The official release on big screens is planned for the 25th of December 2016.