A criminal comedy has always been one of the genres of cinema, which has always had great success, especially if the main actors of these films are recognized masters of cinematograph. In the past few years the picture of this type appeared quite often, and in the spring of next year on the world’s screens will be released a new movie with the star cast and a great deal of high-quality humor. This movie is “Going in Style”, which is to be presented on April 7, 2017. The viewers will be able to enjoy the acting of favorite stars and see whether the creators are able to realize their main idea and show all the events with the most plausible features in terms of the plot and reflect the idea of the film, which may be rather ordinary, but at the same time quite actual. 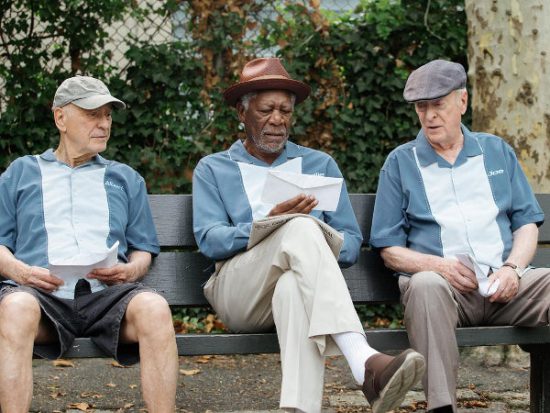 Actor team of “Going in Style” (2017) is really outstanding. The quality of the film often can be judged by its actors, so an ordinary viewer can draw a simple conclusion that the film with such persons like Morgan Freeman, Alan Arkin and Michael Caine simply can not be bad. Despite their elderly age all these respected men in the world of cinematograph are still in great shape, both physical and creative that will be especially appreciated by the viewers. The favorite characters are known to everyone, each of them has extremely rich filmography that is not typical for most of modern comedians. Among the other actors performing the roles in the movie are Matt Dillon, Joey King and Ann-Margret.
The film “Going in Style” is directed by a comedian Zach Braff beloved by the public, who is known to most fans of the series by the role of J.D. in “Scrubs”. The script is written by Theodore Melfi, and the producer is Donald De Line. The cinema is distributed by the world famous filmmaking company Warner Bros. Pictures. 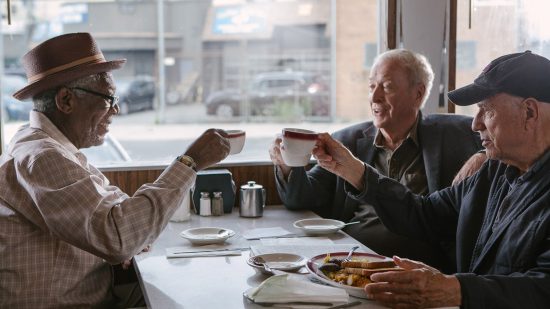 Three old men, Willie (Morgan Freeman), Joe (Michael Caine) and Al (Alan Arkin), do not do anything but sit daily on a bench in the park discussing the youth and feeding pigeons. In the end, they get bored of this way of life and take a serious decision to rob a bank. Their aim is to have a good rest at the end of their life and finally take a walk in Las Vegas so that they might remember their adventure as long as possible. If these cheerful old men will able to realize their idea and whether the authors will manage to show their plot in a funny way will be known very soon. 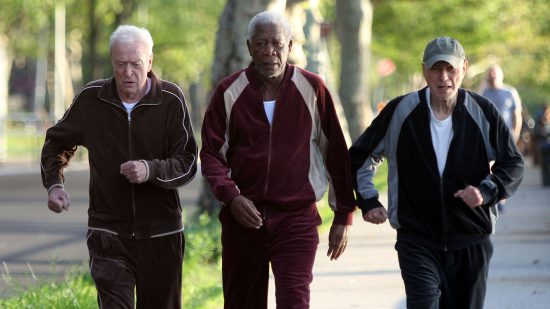 The rating of expectations shown on many well-known sites indicates that the picture is being expected around the world with great interest and impatience. This is not surprising, because this story is a real wealth of the director, and it is possible that Zach Braff, who is a great comedian himself, will perfectly cope with the task and demonstrate quality comedy with sparkling humor. According to the first data the release date was scheduled on May 6, 2016, but later the authors changed the time and decided to present the movie on April 7, 2017. In spring the cinema will appear on the screen and will be able to please the fans with good jokes and a funny plot.