What can be better than a high quality science fiction with a descent plot and appealing characters? All of this wrapped into an exciting mixture of disaster, action and thriller. Today we’re talking about Geostorm – a new project by Dean Devlin and Paul Guyot. It’s about a satellite designer who does his best to save our world from an epic disaster.
The premise to the film says that the main character gets into space. His job is to face a possible upcoming disaster connected with climate-controlling satellites able to create a storm of unbelievable proportions. At the same time, brother of the main character finds a way to kill the president. 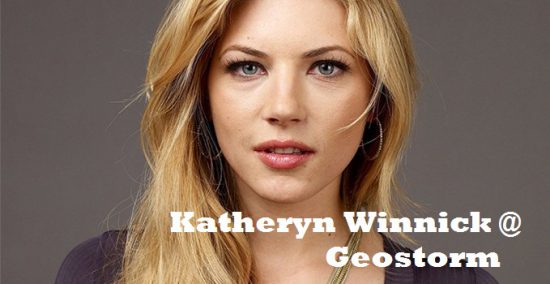 Earth is in danger because of a catastrophic climate change. The governments all over the world unite and create a project that can save lives of milliards of people. They call it the Dutch Boy Program. It’s a net of satellites spread all over the world. They are up in space surrounding the Earth. These satellites are created with best geoengineering technologies that allow to prevent the natural disasters. They’ve been protecting the planet for a couple of years but, somehow, something went wrong with them. Two brothers, the main characters of Geostorm have to deal with the malfunction before it gets too late for the planet.

The pre-production procedures started on the 7th of July 2014. Dean Devlin was invited to act as a director of the upcoming project. This sci-fi action film is his debut in directing. The film was created under the supervision of Warner Bros. Gerard Butler was chosen to portray the leading character. Jim Sturgess, Abbie Cornish, Ed Harris and Andy Garc?a were added to the cast. On the 19th of August 2014, Alexandra Lara was added to the cast to portray the space station’s commander. She’s also the one going to portray love interest of one of the main characters named Butler. On the 26th of September the same year, Katheryn Winnick joined the crew. She was chosen to portray Olivia – ex-wife of Butler and Hannah’s mom. On the 8th of October 8, Eugenio Derbez joined the crew.

The principal photography and filming itself started in the 20th of October 2014. It started in New Orleans, Louisiana. Some scenes from NASA were filmed at real NASA locations and facilities in New Orleans in autumn and winter of 2015.

The release date was set for the 25th of March 2016. However, in the end of summer of 2014, Warner Bros. pushed the release date of Geostorm all together with Batman v Superman: Dawn of Justice. On the 11th of December 2014, Warner Bros. shifted some of the projects in order to give Geostorm the date of the 21st of October 2016. In the beginning of autumn of 2015, the release was moved back to January 2017.  In summer of this year, the studio made the final official announcement about the release date – now it’s planned to be released on the 20th of October 2017.