One of the most anticipated projects of 2017 is Ang Lee’s creation created together with brilliant cast of actors. Get ready to meet Vin Diesel, Kristen Stewart, Steve Martin, Chris Tucker and other well-known gifted actors. Billy Lynn’s Long Halftime Walk is a war drama film created together by the UK, the US and China. The script was written by Jean-Christophe Castelli – the storyline is based on the original novel (by Ben Fountain) with the same title as the movie has. Principal photography and the filming itself started in spring of 2015. Mostly located in Georgia.

Filming started in the middle of April 2015. Set in Locust Grove, Georgia. Among other locations chosen are Atlanta and Morocco. One of the interior scenes filmed in High Frame Rate 3D was created in the downtown of Atlanta on the 17th of April 2015. Ang Lee, the director of the project, made a confirmation that the movie will have the highest frame rate possible. All special effects are made at their possible best for today.

Billy Lynn, one of the main characters in the storyline, is a private Army fighter in Iraq. He’s only 19 years old. Together with his fellow fighters, he manages to survive in the hardest of battles. It seems impossible, but they broke through it. The battle gets a full coverage in mass media and Billy and his comrades are now treated as heroes. They get back home with the help of the Department of Defense and enjoy their peaceful life back home. After a short time, they decide to start on a journey, a promotional tour around the USA. The tour finishes with a great show devoted to a Thanksgiving Day football match. While being there, Lynn starts to remember the tragic war moments and losing his friends in the fighting. One of the most dreadful memories his mind gets back to is about a sergeant killed in a firefight. 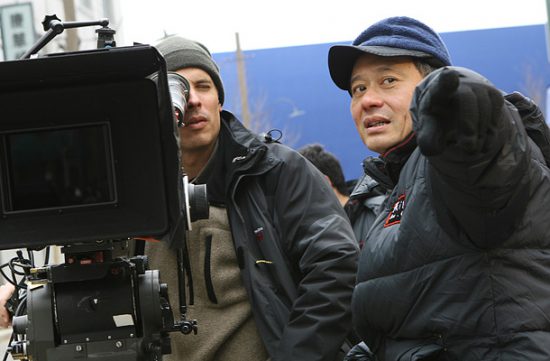 What makes this film truly significant is the author of the script. It’s Simon Beaufoy famous for his work on Slumdog Millionaire. In 2014 he started to work on the adaption of the novel. Film4 together with The Ink Factory and TriStar Film Studio signed to work on the production of the film. The production is also carried out by Bona Film Group and Studio 8 (the Chinese companies). Ang Lee was invited to direct the film.
On the 25th of February 2015 Joe Alwyn was invited to play the role of the main character named Billy Lynn. Later, the director expressed his interest in Garrett Hedlund for the role of the second main character. On the 3rd of March 2015 Steve Martin was chosen to portray Norm Oglesby. On the 6th of March 2015 Hedlund was invited to act as Sergeant Dime (it’s the active and persistent leader of the Bravo Company squad). Beau Knapp became the part of the cast on the 13th of March 2015 – he’s going to portray Crack, a man having cruel tendencies from time to time. On the 1st of April 2015 (hopefully, not a joke for the fool’s day) Kristen Stewart was also invited to join the cast. She was chosen to portray Kathryn, older sister of Billy. Together with Kristen Stewart, Ben Platt was invited to portray Josh – the worker from Dallas Cowboys. Vin Diesel and Chris Tucker were the last ones to be added to the cast. It happened on the 8th of April 2015. They will portray the characters of Shroom and Albert. 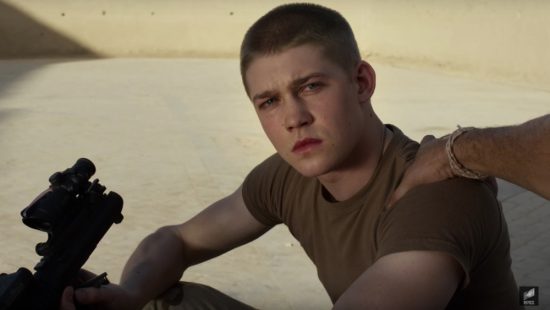 The world premiere is officially planned for the 14th of October 2016 – that’s the date of the 54th New York Film Festival. You’ll be able to watch it on big screen on the 11th of November 2016. The release is carried out by TriStar Pictures. That’s a high-quality 3D project.