A horror and a suspense thriller in one pack, 31 is a movie that turns to create an atmosphere of a complete submerging into it, as the main heroes there are faced with the most hazardous challenge having to struggle mercilessly for their lives. The launch date of the film has been already defined. It is October 21, 2016.

With the 31 project, as it is promised and proved by trailers and posters, you will be forced to get involved in the horrific world of maniacs. The creation of this scary movie is lying on producers from Saban Films and Lionsgate. 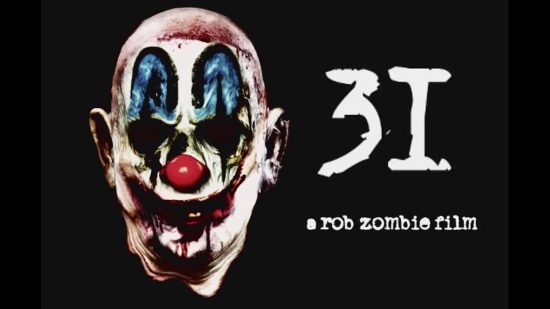 With directorial issues being resolved by Rob Zombie, the film turns to narrate about the desperate attempts of five main heroes to survive in the game, unknown maniacs have organized for them.
Surely, as the film is overloaded with bloody scenes, pervasive language, sexual content, as well as horror violence, it should not be viewed by any means by children. Only adults are on the right to watch it. So keep away your children from this film when it becomes available on various online resources after a couple of weeks spent by it on theater screens all over the world.
Penned by as well Rob Zombie, the movie has a brilliant star cast chosen seemingly much scrupulously. It includes Sheri Moon Zombie, Malcolm McDowell, Meg Foster, Elizabeth Daily, Sandra Rosko, and Richard Brake.
The story promised to be successful. Why do we think so? There is one way to show it – describing the essence of the narrative. So let’s embark on doing this as the production issues are already successfully resolved in this article. 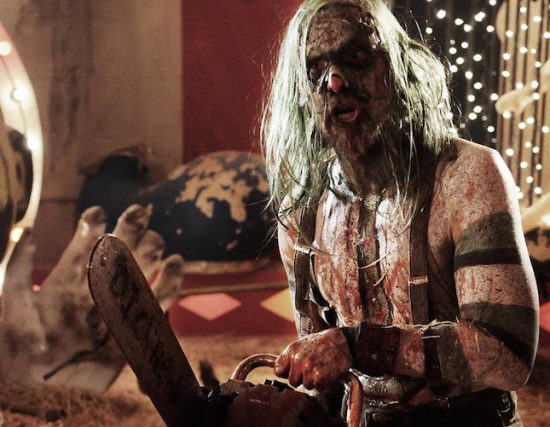 Several carnival workers, specifically there are five of them, turn to be kidnapped and taken the hostage in a large compound. The essence of them being caught is to make them play the terrifying life or death game. It is called in particular 31 as the movie is titled.
The question appears now, what this game involves. The core of the game is that for the following half of a day, these unfortunate people should struggle to survive against an endless parade of homicidal maniacs.
The mind of the creator named Rob Zombie is much visionary, as he has been developing such a strong story with all aspects and particulars in it being taken into an overwhelmingly scrupulous consideration. 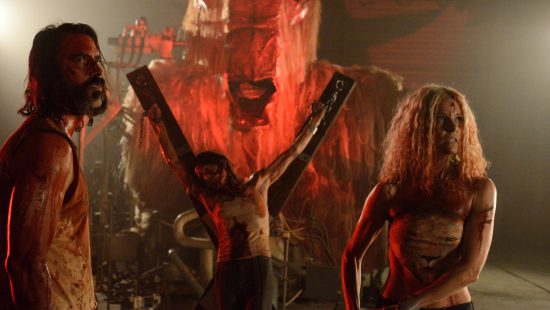 When can we expect the release of the horror?

The appearance of the scary story is slated for the middle of the upcoming autumn, specifically for October 21, 2016. For today, it is the 31 release date confirmed formally.
Much to our luck, we have some trailers, as well as posters and teasers for us to view them and enjoy while waiting for the autumn premiere. These preliminary info suppliers can help us to make a full picture in our minds concerning this project. You can follow them on our service as well. The access to them is free. Just click on the start button you will be involved in the terrifying scenes of this game movie.